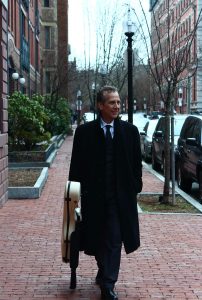 Apostolos Paraskevas is a classical guitarist and composer as well as an award-winning film
director and producer. He has received multiple international awards for his compositions
and was nominated for a Grammy Award. He is the only guitarist ever to have a major
orchestral piece performed at Carnegie Hall under the direction of Lukas Foss––and the only
musician who has performed there in a Grim Reaper outfit. He has made over a dozen
recordings of his music and his orchestral music has been performed around the world by
numerous symphony orchestras including Albany, Boston Landmarks, Boston University,
Newton, National Festival, Atlantic, Odessa, National Greek, Cyprus, Florida International
University, Thessaloniki Municipal Symphony orchestras and tonight with the Boston Civic
Orchestra. He was the founder and served for 16 years as the artistic director of the
International Guitar Congress-Festival of Corfu, Greece. He is a voting member of the
Recording Academy (Grammys).

After his undergraduate music studies in Volos he pursued advanced studies in classical
guitar with Costas Cotsiolis (diploma, 1990) and Leo Brouwer (Havana 1984, 1988), as well
as postgraduate studies in composition with Lukas Foss and Theodore Antoniou (DMA in
composition, Boston University, 1998). Paraskevas embarked on a successful career as a
guitar soloist and contemporary composer, achieving distinctions in both disciplines:
Grammy nomination for Chase Dance (Bridge Records, 1999); first prize for Night
Wanderings (Lukas Foss Composition Competition, 2000); first prize for Phygein Adynaton
(National Composers Conference, 1997); and numerous prestigious commissions,
performances, and publications. Following teaching posts at Northeastern and Boston
Universities, Paraskevas has taught since 2001 at the Berklee College of Music in Boston
(professor of composition and classical guitar). Although he was struck by focal hand
dystonia in 2009, he recovered in 2013 after reconstructing his playing technique.

His eclectic compositional style arises as an idiosyncratic integration of seemingly
conflicting influences – from avant-garde approaches to harmonic structure, form, and
timbre, to pop-folk modal and rhythmical concepts – amalgamated into a personal evocative
musical language, characterized by rhythmic verve, melodic grace, dramatic (and sometimes
unexpectedly humorous) gestures, and ritualistic or theatrical elements. The latter feature
has also led Paraskevas to the creation of films, notably the acclaimed I Finally Did It (Gold
award, California Film Awards 2010), dealing wittily with Death, a recurring extra-musical
theme in his music. 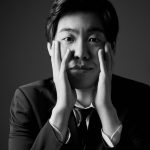 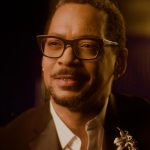