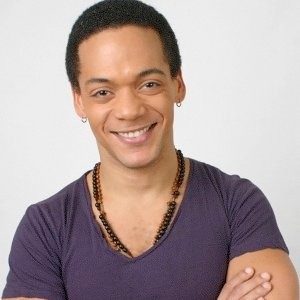 Mr. Wilson, Jr. holds a BA in Political Science from the University of Notre Dame, and an MFA in Acting from the University of Minnesota/Guthrie Theatre training program. He is a Professor of the Practice in Theatre and Dance at Wheaton College, Norton, MA. He has worked On Broadway (2000 Tony Award-nominated production of Jesus Christ Superstar, and 2018 Tony Award-nominated Iceman Cometh starring Denzel Washington), Off Broadway, as well as performing in regional theaters around the country. He has taught acting, art activism, and lectured at the high schools, colleges, universities and at conferences locally and around the country. Wilson is in his 18th season as a member of the Resident Acting Company and Artistic Staff at Trinity Repertory Company, serves as Trinity’s Coordinator of Activism through Performance, and the Founder of Trinity Rep’s Center for Activism and Performance. Joe has recently directed The Inheritance: Parts One and Two in the Fall of 2022, the 2021 production of A Christmas Carol both at Trinity Rep, An Octoroon by Brandon Jacobs Jenkins at the Gamm Theatre in Warwick, RI, and co-directed Black Odyssey by Marcus Gardley in 2018, also at Trinity. He has been honored by the Rhode Island Black Heritage Foundation, and is a Fox Foundation Fellow for Distinguished Achievement in the Arts administered by the Theatre Communications Group, New York City. This year Joe was honored by the Rhode Island Council for the Humanities with its’ Public Scholar’ Award. The awards states that, ”Joe Wilson Jr. is a force who uses his skills, his talent, and his passion to enact, concretely, what the humanities can do to change the world. He models on stage, in his writing, in his teaching, and in his support of many organizations what he would like to see in our world today. He is the epitome of the better world we can imagine together and he will continue to use the humanities, the common experiences that link all of us, to pull us forward, with him, toward this better world, the one he has dedicated himself to create.” He received the 2019 Providence NAACP’s Medgar Evers Award for Public Service. Most recently, Joe was inducted into the City of Providence 2020 MLK Hall of Fame for Outstanding Service. Joe had the most fun a few years ago serving as a Grand Marshal for PVD Festival held in Providence every June. Last year, Joe was proud to be featured in the Rhode Island PBS Documentary: Black Joy. Finally, Joe is most proud to be the father of his 10 month old fur baby named Sally. 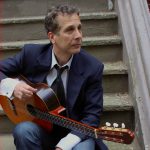 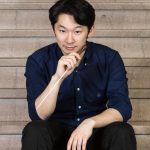